Admittedly I don't know what the technical air quality of the Twin Cities was before governor Gutshot took office. The MPCA website doesn't have data from 2001, before Pawlenty was elected with 44 percent of the vote in a three-way race. I lived here then, but I don't remember the air being this bad. Take a look at the three charts below showing air quality in the Twin Cities for January, December and November. By these charts about a third of the days in the past three months have had acceptable air quality. Of course, don't expect the local media to make a big deal out of this, or even notice. It's just another Republican deliberate fail. 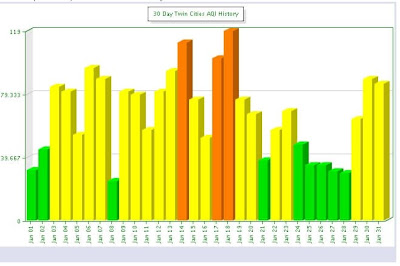 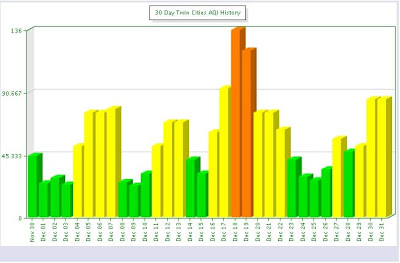 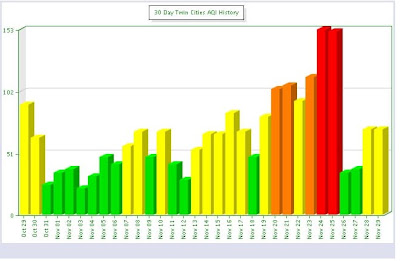